It is common for individuals with opioid use disorder to be diagnosed with other mental health conditions, particularly mood disorders, anxiety disorders, post-traumatic stress disorder (PTSD), or antisocial personality disorder. These co-occurring (also referred to as “comorbid”) mental health conditions may impact the outcomes of treatment for opioid use disorder. However, the existing data is mixed, with some studies suggesting that comorbid conditions are associated with a higher risk of relapse, some studies suggesting that these conditions are associated with a lower risk of relapse and more time spent in treatment, and other studies suggesting there is no association between comorbidity and treatment outcome. This inconsistency in findings suggests that research examining specific co-occurring disorders and their impact on specific forms of treatment may be needed to understand the impact of comorbidity on opioid use disorder treatment outcomes.

Existing research has demonstrated that two commonly used agonist medications for opioid use disorder—buprenorphine and methadone—are effective in reducing opioid use. Researchers have also found that these medications can improve other psychiatric symptoms by their impact on receptors in the brain that also impact mood and anxiety levels. Specifically, buprenorphine may show an antidepressant effect by its antagonism of kappa-opioid receptors and anti-anxiety effects through its agonism of nociception receptors. Likewise, methadone may affect mood by blocking reuptake of serotonin and norepinephrine, similar to antidepressant medications (e.g., fluoxetine). That being said, researchers have not yet rigorously studied whether one medication is better than the other in treating these patients, or if one medication may work better for a particular subset of these patients. A more nuanced understanding of these opioid use disorder medications’ effects can help improve practice through more tailored clinical recommendations that take co-occurring mental health disorders into consideration.

This study was a secondary analysis of data from the Starting Treatment with Agonist Replacement Therapies (START), a large, multi-site, randomized controlled trial initially designed to compare the effects of buprenorphine and methadone on liver function. Previous secondary analyses of this study, also by Hser and colleagues, found that both treatments were effective in reducing opioid use over a long-term follow-up. The current study used data from 597 of the original 1269 participants. Participants in this secondary analysis were included because they completed the initial study, which involved 24 weeks of randomized treatment with either buprenorphine or methadone, as well as three yearly follow-up interviews.

The primary outcome studied was opioid use, which was determined by patients reporting on the number of days per month they used opioids in the follow-up period between the second and third interviews. After the initial study period was over, patients were free to pursue the treatment of their choosing (including no treatment), and they reported on any treatments they received for each of their follow-up interviews. Overall, on average participants reported a smaller percentage of months spent in buprenorphine treatment (11.5%) compared to methadone treatment (42.5%) or no medication treatment (43.2%). While it is possible individuals were attending treatment and/or recovery support services apart from these opioid use disorder medications during the 3-year follow-up, the research team did not include service utilization apart from agonist treatment nor was it included in their analyses.

Researchers used statistical analysis to examine the relationships between opioid use, mental health diagnosis (defined as belonging to one of the three aforementioned groups), and treatment type (buprenorphine, methadone, or neither) over the follow-up period. Because the primary outcome (number of days with opioid use) contained a large number of zeroes (i.e., days without use), a special type of statistical modeling was used to account for this pattern of data. This type of analysis involves two steps, one looking at a binary outcome (any or no use in a given month) and the other looking at a continuous outcome (number of days of use in each month). Because participants could choose to receive buprenorphine or methadone or neither during the follow-up, the study team controlled statistically for factors to isolate the effect of medication on opioid use as best they could, including the site where they participated in the initial trial and medication to which they were randomly assigned, as well as age, gender, race/ethnicity, cocaine use in the past 30 days (yes/no), and injection drug use in the past 30 days (yes/no) at study intake.

The three mental health disorder groups had similar rates of opioid use over follow-up but differed regarding the amount of treatment they received.

Buprenorphine, but not methadone, outperformed no medication in all three groups.

Buprenorphine was associated with greater reductions in opioid use than methadone across all mental health diagnosis groups. Medications for opioid use disorder may also impact co-occurring symptoms. In addition to impact on opioid receptors, the neurochemical mechanisms of agonist medications for opioid use disorder likely involve other receptors in the brain that can influence mood, anxiety, and other psychiatric symptoms. Buprenorphine in particular may have more impact on receptors associated with anxiety, with at least one study demonstrating that patients with PTSD and opioid use disorder treated with buprenorphine saw reductions in PTSD symptoms, whereas patients treated with methadone did not see similar improvements in PTSD symptoms. This could explain how in the current study some treatment effects were only seen for buprenorphine within the group characterized by mental health conditions other than mood disorders.

These findings speak to the enhanced effectiveness of buprenorphine, particularly for patients with co-occurring disorders other than mood disorders, and likewise the importance of continuing to increase accessibility to this effective form of treatment. In the present study, a relatively small proportion of patients received buprenorphine, which the authors indicate may have been due to availability of this treatment in certain geographic areas. Notably, the original data collection took place in 2006-2009, and buprenorphine has become more available since then. Other recent research has suggested that buprenorphine is associated with a lower mortality risk compared to methadone, suggesting other public health advantages to this treatment. That being said, both this and other studies indicate that both forms of agonist medication treatment for opioid use disorder are generally effective and better than no treatment. Therefore, the advantage of one treatment over another for a particular patient may boil down to the treatment that is available, able to be accessed on a regular basis, and well-tolerated by the patient.

Although the current study is an important advancement of the literature on differential treatment effects, there are additional factors to consider. First, since the trajectory of co-occurring mental health disorders was not assessed alongside opioid use, it remains unknown whether changes in these symptoms impacted opioid use in study participants, change in opioid use impacted psychiatric symptoms, and/or the presence of co-occurring disorders impacted treatment in some other way (e.g., by increasing or decreasing adherence).

Similarly, this study only examined the impact of lifetime mental health diagnoses. It is unclear if these conditions were active at the time of intervention and if examining current comorbidities would have influenced results in a different way. Additionally, this study did not include measures of participant involvement in other types of services for opioid use disorder (e.g., behavioral interventions or community-based mutual-help organizations) or services such as therapy and medication for co-occurring mental health disorders. Thus, it is difficult to isolate the effects of the agonist medication vs. these other factors in this dual-diagnosis population.

Both buprenorphine and methadone appear to reduce opioid use compared to no medication treatment. When directly compared, buprenorphine may be more effective than methadone, particularly for patients with certain co-occurring mental health disorders that have occurred as some point during their life. 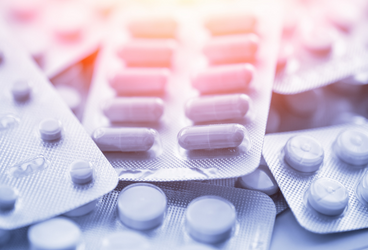 Improving treatment retention? Examining the move from daily to once per month injectable buprenorphine