Relatively few individuals who complete medically supervised detoxification programs for opioid withdrawal go on to receive further treatment. This study highlights the risks of attending only detoxification, and showed that post-detox engagement in treatment, particularly medication treatment for opioid use disorder, can reduce the risk of mortality (e.g., opioid overdose) in the 12 months after detoxification.

Detoxification programs for opioid use disorder, also known as medically managed opioid withdrawal, are in-patient short-term programs that help individuals overcome severe withdrawal symptoms using opioid agonists like methadone/buprenorphine or non-opioid alternatives like clonidine and anti-inflammatories. These agonists or non-opioid alternatives are typically tapered down over the course of about five to ten days. Detoxification alone, however, is almost never sufficient for opioid use disorder patients, as many individuals return to opioid use after completing such programs. While relapse and recurrence of symptoms may be a common part of the recovery process, returning to opioid use after a period of sustained abstinence can increase one’s risk for overdose. This is because the acquired tolerance to an opioid’s effects is lost during a long period of abstinence as the brain readapts to opioid abstinence. Returning to opioid use in amounts similar to those used before detoxification can result in overdose due to this loss of tolerance. Medications for opioid use disorder (e.g., methadone and buprenorphine) are shown to reduce opioid overdose risk and utilization of residential treatment programs is associated with reduced mental and physical health harms (e.g., emergency department visits, return to detoxification, etc.). Despite the benefits of psychosocial and medication treatments for opioid use disorder, only about 13% to 36% of patients go on to receive treatment after detoxification. To better understand the effects of follow-up care, the current study evaluated treatment (medication and/or residential) receipt post detoxification and its relationship to opioid-related and general (i.e., all-cause) mortality.

The authors conducted a retrospective cohort study using a subset of data from the Massachusetts Public Health Data Warehouse (i.e., Bureau of Substance Addiction Services (BSAS) dataset), which is overseen by the Department of Public Health and includes Massachusetts residents aged 11 years and older who had health insurance (public or private) between the years 2011 and 2015, ultimately representing 98% of the state’s residents. Individuals in this dataset were included in the study if they were aged 18+, identified opioids as their primary substance, and had an opioid-related detoxification (i.e., medically managed withdrawal) episode between January of 2012 and December of 2014, allowing the researchers to examine the 12-month period before and after detoxification. Individuals without documented birthdate or sex, and those diagnosed with cancer were excluded from analysis. Outcomes of interest included all-cause mortality (i.e., died for any reason; not due to any specific disease or disorder) and opioid-related mortality (i.e., opioids contributed to death, such as opioid-related overdose death), as determined by medical examiner or the department of public health. Mortality was evaluated across the full 12 months after detoxification to determine overall mortality risk relative to no treatment both 1) while receiving treatment, and 2) in the month following discontinuation of treatment (i.e., stopped or completed treatment), because this is a documented period of heightened overdose risk. When conducting their analyses, the authors statistically controlled for a number of potentially influential factors, including age, sex, diagnosis of anxiety/depression, race/ethnicity, receipt of monthly prescriptions for opioids or benzodiazepines (pre and post detox), non-fatal overdose episodes, recent incarceration, homelessness, and medication/residential treatment receipt within the 12 months prior to detox. The final dataset included 61,819 detoxification episodes among 30,681 individuals. The sample primarily consisted of white (81%) men (68%), younger than 45 years of age (86%). In the 12 months prior to detoxification, 16% had at least one medication treatment episode, 5.3% had a residential treatment episode, and only about 1% of individuals had both a medication and a residential treatment episode.

Within the 12 months following discharge from detoxification: Risk of all-cause mortality and opioid-related mortality were reduced in individuals who received treatment. Figure 4. This figure shows the degree to which each treatment type reduced mortality risk in the 12 months following detoxification, compared to no treatment. Higher rates reflect larger reductions in mortality risk (i.e., lower risk of death).

Treatment was also associated with reduced risk of all-cause mortality and/or opioid-related mortality in the month immediately after discontinuing/stopping treatment, with medication treatment being generally superior. Studies like this highlight the importance of receiving continued care after detoxification to reduce mortality and overdose. In line with previous work, the authors found high rates of mortality (1.5-2 deaths per 100 person years) among those who did not receive treatment post detoxification. However, their findings suggest that engagement in medication and/or residential treatment after detoxification can decrease risk of all-cause (i.e., not related to disorder or disease) deaths and opioid-related overdose deaths. More specifically, medications for opioid use disorder appear to be the best therapeutic option for reducing risk, which is consistent with other studies highlighting the benefits of medication treatment, particularly agonists like buprenorphine and methadone, even when compared to other treatment options like intensive behavioral or intensive outpatient treatments.

This study also suggests that residential treatment can benefit individuals, particularly when it is accompanied by medication treatment – receiving a combination of the two treatments resulted in the highest reduction in mortality risk when compared to no treatment. That said, this reduced risk via residential treatment alone is important because 20-40% of those with opioid use disorder who receive detoxification services decline the recommendation for medication. Given the relatively small number of individuals who received both treatments during the course of the study (translating to a limited number of deaths in analyses), randomized controlled studies are needed to determine whether combining residential and medication treatment has an additive protective effect, and if certain aspects of residential treatment – such as linkages to community-based mutual-help groups – might underlie these potential benefits.

Nevertheless, medication treatment with or without residential treatment was associated with the most substantial decline in mortality risk, emphasizing the importance of medication treatment for supporting the benefits of short-term detoxification. Interestingly, a relatively high number of individuals in this study received medication treatment after detoxification (~41%), with other studies reporting that only about 13% to 36% of patients go on to receive continued care after detoxification. Prevalence rates in the current study may reflect Massachusetts state’s more progressive/universal health care system and emphasis on addressing addiction. An investigation of medication treatment receipt within the Veterans Administration similarly revealed a prevalence estimate of 41%, further suggesting the potential role of healthcare system models in medication access and receipt. Furthermore, Massachusetts has more mental health care providers per person than any other state, which could ultimately translate to more thorough referral to continuing care once someone has already had a treatment-system encounter (i.e., engagement in a detoxification program).

Out of all the medication treatment services provided, methadone resulted in the longest treatment duration (~5 months), followed by buprenorphine (~3 months), and naltrexone (~1 month). Treatment duration is an important  factor in recovery and mortality – when examining agonist medications, only those who remain on medications for an extended period of time (e.g., 6 months) appear to reliably experience reduced risk. Given that the average treatment duration for all treatment modalities was fewer than six months in the current study, more efforts are needed to understand the reasons for the low rates of clinically-recommended prolonged engagement in treatment. Importantly, risk of opioid-related overdose death was not reduced in the month after discontinuing residential treatment (without medication). Therefore, individuals seeking medication-free treatment options should be aware of the potential increased risk for opioid overdose and death without medication treatment, and the importance of overdose reversal medications (Narcan) in the instance of relapse and overdose.

Although opioid overdose rates generally declined in the past couple of years, rates of overdose due to synthetic opioids other than methadone, like fentanyl, have continued to rise. With so few individuals receiving care after detoxification, active linkage to treatment services after an acute care episode may be needed to address the ongoing opioid overdose crisis. However, when active linkages are made some patients are nevertheless reluctant to engage with further medication or other treatment, and studies have yet to fully characterize the reasons for this. Therefore, it is unclear whether low rates of post-detoxification care are due to a lack of clinician referral and linkage of patients to continued care, or if patients lack the desire for treatment after detox, and additional research is needed. 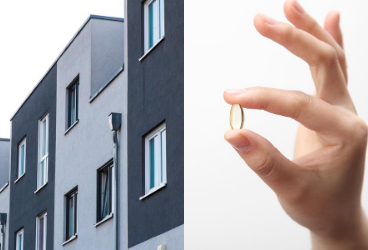 A deeper dive into recovery residences: Who’s most likely to use them and how do they affect engagement with outpatient care