The increasing prevalence of opioid use disorder (OUD) and corresponding use of medications for this condition highlight the need for an OUD treatment system that is both safe and effective. In this study, authors characterized patient safety incidents that occurred in community-based OUD treatment over a 10-year period in England and Wales. How can these findings better inform systems of care in the United Kingdom and internationally?

The number of individuals who have an opioid use disorder (OUD) has increased since the turn of the century, fueled by the opioid crisis. Medications for OUD have emerged as an empirically-supported treatment option that decrease mortality, reduce illicit opioid use, and increase retention in treatment. Although OUD medications are underutilized, there has been an increase in the number of people prescribed these medications and an increase in facilities that offer this treatment option over the last 12 years. Therefore, it is increasingly important to identify strategies that lead to a better understanding of the OUD treatment system and better-informed policies and procedures.

There is variation in how OUD medications are delivered in the treatment system internationally. In the United States, methadone is provided at regulated and licensed Opioid Treatment Providers (OTPs), buprenorphine (which is also known by the common brand names Subutex or Suboxone when combined with naloxone) can be prescribed by healthcare professionals (e.g. physicians, physician assistants, and nurse practitioners) who have taken a special training course (i.e., they are “waivered”), and extended-release naltrexone (which is also known by the brand name Vivitrol) can be prescribed by healthcare professionals without any special training. Patients taking methadone may be required to initially go to the OTP on a daily basis where administration of the medication is supervised, whereas patients prescribed buprenorphine may pick up their prescription from a pharmacy monthly and patients on extended-release naltrexone will likely receive a monthly injection by their healthcare provider.

In the United Kingdom, where the current study takes place, OUD medications are delivered in community-based settings (i.e. pharmacies), there is no special training required by prescribers, and the medications are initially administered under supervision at the pharmacies. In this study, authors characterized patient safety incidents that occurred in community-based OUD treatment systems in England and Wales over a ten-year period in order to highlight any risks from the delivery of OUD medications that could lead ultimately to better-informed policies and procedures for the OUD treatment system.

A patient safety incident is defined as “any unintended or unexpected incidents that could have, or did, lead to harm for one or more patients receiving health care.” Each incident report requires the reporter to complete a form with categories that include location, type of incident, medication involved, and reporter’s perception of severity of harm as well as free text to describe the incident. Reporters can voluntarily complete free text sections on contributing factors and how the incident could have been prevented. The researchers used a World Health Organization (WHO) classification system, which includes a coding framework, to capture different aspects of the patient safety incident. Figure 2. A description of the international patient safety incident classification that was used for the study.

Two researchers with clinical experience each were allocated half of the patient safety incident reports to read and code based on the WHO classification system. To minimize bias, each researcher also coded a random sample of 20% of the other researcher’s assigned reports, in which coding was deemed to be reliable. Discrepancies were discussed and resolved at regular meetings involving the research team. Exploratory data analysis was used to summarize the main characteristics of the patient safety incidents. Themes emerged and categories related to the process of care were identified. Authors initially identified four processes of care responsible for most of the patient safety incidents. In decreasing frequency, these were non-supervised dispensing (68%), supervised dispensing (14%), monitoring and communication (11%), and prescribing opioid use disorder (OUD) medication (7%). Among each process of care, most incidents could be attributed to a few specific causes.

For supervised dispensing, most patient safety incidents could be attributed to dispensing medication to the wrong patient (31%), incorrect dose (23%), or failure to supervise consumption (19%).

For patient safety incidents that were related to monitoring and communication between the prescriber and the dispenser (e.g. pharmacist), most could be attributed to failure to stop dispensing the medication (30%), prescription handling incidents (23%), and duplicate prescribing (22%).

Lastly, for incidents involving prescribing OUD medication, most involved an incomplete/inaccurate prescription (39%) or a wrong dose written on the prescription (25%).

Causes that contributed to most of the patient safety incidents included both staff and organizational factors.

Staff factors were indicated in a large majority (85%) of patient safety incidents that included contributory factors followed by organizational factors (54%). Staff factors that were mentioned in the reports primarily included attentional slips by staff, such as being distracted or misreading the dosage of a medication. Organizational factors that were mentioned in the reports included poor working conditions and overwhelmed staff. Importantly, only 75% of the patient safety incidents had contributory factors listed by the reporter, and 40% of these reports listed more than one contributory factor.

This study showed that patient safety incidents involving the OUD medications methadone and buprenorphine were very low and occurred in four processes of care (non-supervised dispensing, supervised dispensing, monitoring and communication between prescriber and dispenser, and prescribing OUD medication), and were associated with staff and organizational factors, such as attentional slips and overwhelmed staff. As the prevalence of OUD has increased since the opioid crisis began at the turn of the century and more people are utilizing OUD medications, strengthening systems of care delivery that mitigate risks has become increasingly important.

Methadone was involved in more than four times as many patient safety incidents as buprenorphine. Even though it is likely that more patients are taking methadone, given that 41% of people receiving OUD medications in the United Kingdom were prescribed buprenorphine and 59% were prescribed methadone from 2010 to 2014, this fourfold difference is likely not entirely explained by more methadone patients. Previous studies have shown that, when comparing patients taking methadone and buprenorphine, they have similar retention in treatment (so long as the dose for buprenorphine is 16mg or greater) and similar mortality rates. Thus, given the likely higher rate of patient safety incidents attributed to methadone, buprenorphine may be a safer option that is just as effective as methadone for some individuals.

Many of the patient safety incidents were attributed to incorrect dosages or formulations of medications, the wrong patient receiving medication, or miscommunication between prescriber and dispenser. In addition, a large majority of the perceived contributing factors to the patient safety incidents were related to attentional slips and overwhelmed staff. A centralized system of electronic health records (EHR) could improve information sharing between the prescriber and the dispenser, decrease attentional slips and medication errors with the use of safety prompts, and increase staff efficiency and productivity, thus mitigating many of causes and contributing factors of patient safety incidents involving methadone or buprenorphine. An extra layer of security should be implemented to ensure the privacy and confidentiality of patients on OUD medications while preserving coordination of care.

Notably, several incidents that posed potential harm to the patient were prevented by the patients themselves, such as noticing that an incorrect dosage had been prescribed. This highlights the role of the patient in identifying and preventing safety incidents. Patient-centered care involves shared decision-making, where patients are actively involved in their treatment plans and are educated about risks of treatment, thus strengthening the patient-provider relationship and giving patients autonomy to counteract failures in the treatment system. Patient-centered care could also increase retention in treatment, which is critical in improving outcomes.

Generalizing the study findings to the U.S. delivery system for OUD medications should be done cautiously. There are notable differences between the U.S. and U.K. systems, as buprenorphine is delivered similarly to the system in England and Wales, though no supervision is required at a pharmacy, whereas methadone is delivered through licensed and regulated Opioid Treatment Providers (OTPs). However, regulatory changes have been advocated for in the U.S. that align with the OUD treatment system in the United Kingdom.

As such, given that non-traditional routes to initiate and engage people on OUD medications have emerged in the U.S., including the criminal justice system, community health centers, as a post-overdose response in emergency departments and through outreach programs, findings here might help inform these new points of access. Specifically, it is possible that as more staff are involved in an individual’s care, there might be increased risk for human error, resulting in patient safety incidents. Research like this can inform policies and procedures to prevent human error, thereby ensuring a safer OUD medication treatment system.

It is notable that only 6% of patient safety incidents were reported as low or moderately harmful, and no incidents were classified as causing severe harm or leading to death. This data, taken over a ten-year period in two countries (England and Wales), may lead one to believe that methadone and buprenorphine are generally safe. However, this type of data should not be used to make estimates of the overall prevalence of incidents in a system due to under-reporting and reporter bias. Patient safety incidents involving no harm or minor harm may be underreported due to the time-intensive process of completing the form whereas patient safety incidents involving moderate or severe harm may be underreported due to staff fearing personal blame and its associated consequences. In addition, patients who experience incidents that result in severe harm are likely to present to an emergency department, and thus would likely not be captured by the database used in this study. 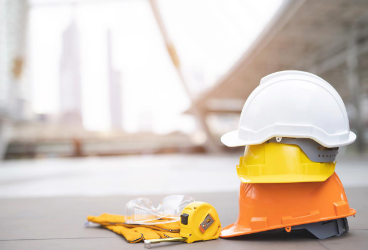