Extended-release injectable formulations of naltrexone that block the effects of opioids (best known and marketed under the brand Vivitrol) are effective treatments for opioid use disorder. A number of existing theories of behavior change have been put forward to explain how these formulations may help reduce opioid use, but these theories have not been tested empirically. To address this, the authors of this paper used data from a large clinical trial of extended release naltrexone to draw inferences about how these medications help individuals trying to stop opioid use.

Long-acting, injectable formulations of opioid blocking medications like naltrexone (i.e., opioid antagonists) have been shown to reduce opioid use among individuals seeking recovery from opioid use disorder (see Jarvis and colleagues for review). Clinical scientists have speculated that these medications help people reduce or stop opioid use through operant conditioning (i.e., patients stop seeking opioids because the medication blocks the reinforcing effects of opioids and they can no longer get high), and classical conditioning (i.e., individuals form new non-drug associations with environmental and internal cues that were previously associated with opioid use).

Observations of clinicians working with these patients, however, have suggested that the relationship between long-acting naltrexone formulations and opioid use reduction/cessation is more nuanced. In this paper, Nunes and colleagues speculate that cognitive processes are also likely at play. For instance, if patients take opioids and experience the blocking effects of the medication, they may not try opioids again unless they have stopped the medication and know it has worn off. Other explanations for the medication’s utility are that patients may be refraining from taking opioids because they believe the effects will be blocked (i.e., reduced positive expectancies of opioid use), even if they have not personally tested this assumption. These medications may also work by reducing craving after exposure to experiences and cues previously associated with drug use (i.e., classical conditioning). To begin to test these assumptions, the authors of this paper used data from a clinical trial comparing the effects of injection naltrexone to a placebo injection to explore the effect of this medication on opioid use lapses and treatment dropout.

This was a secondary analysis of data from a randomized clinical trial with 250 individuals meeting Diagnostic and Statistical Manual of Mental Disorders (4th edition) criteria for opioid dependence (now known diagnostically as opioid use disorder) who received either a long-acting naltrexone injection (Vivitrol), or a placebo injection once monthly for six months to see whether long-acting naltrexone would reduce opioid use and treatment dropout following opioid use lapses. This clinical trial was conducted across 13 inpatient treatment programs in Russia between July 2008 and October 2009. In this study, the authors tested whether those randomized to long-acting naltrexone injection were more likely than those who received placebo to remain in treatment after an opioid positive toxicology screen – suggesting injectable naltrexone worked by reducing the reinforcing effects of opioids. They also tested whether the injectable naltrexone group had a greater proportion of participants than placebo who were abstinent throughout the trial – suggesting it worked also by other mechanisms such as reduced cravings.

In the parent clinical trial, after providing informed consent, patients who had completed opioid detoxification within 30 days and had been abstinent from opioids for at least seven days were randomly assigned to receive either active naltrexone injections (n = 126) or placebo injections (n = 124) administered before discharge from the inpatient unit and then every four weeks over 24 weeks of outpatient follow-up treatment (the Vivitrol injection naltrexone formulation lasts for 28 days). Patients in both groups were also offered biweekly individual counseling for opioid use disorder.

Participants in this study were mostly male (88%) and White (99.2%). In terms of primary type of opioid used, 88.4% endorsed heroin, 11.6% methadone, and 13.3% prescription opioids. The average duration of cumulative opioid dependence was 9.6 years. The primary findings of the parent clinical trial were that individuals receiving naltrexone injections had more weeks of opioid abstinence and were more likely to stay engaged in treatment than those receiving placebo, though it is possible these results were partially influenced by differing retention rates between groups. Specifically, because participants who dropped out of treatment were not followed up with, it is not known whether individuals dropped out because of returning to opioid use, or other reasons such as figuring out they were receiving placebo (e.g., because they did not experience side effects) and losing interest in the study.

For their secondary analysis of this data, the authors conducted a survival analysis (a statistical approach that assesses time to an event such as dropout from treatment), using a regression model exploring the relationship between time to dropout (dependent variable), and the interaction between treatment group (naltrexone injection versus placebo) and urine drug test result for opioids (positive or negative) at each study week. Specifically, they tested whether the medication group were more likely to stay in treatment versus the placebo group when their toxicology screens were positive for opioid use in the prior week. Missing urine drug tests were presumed to be positive. The last visit day for patients who dropped out in the randomized treatment phase, consisting of 168 days (24 weeks), was defined as the day of dropout. The authors chose dropout from treatment as the outcome measure because it is the most common failure mode for injection naltrexone treatment of opioid use disorder. They note that patients typically use few opioids while receiving naltrexone injections, but then drop out of treatment, after which return to opioid use is likely. The risk for dropout at a given week of the study was modeled as a function of the history of positive urine drug test results for opioids during the treatment period, treatment assignment (naltrexone injections versus placebo), and their interaction. The authors also hypothesized that compared to patients receiving placebo injections, patients receiving naltrexone injections would be more likely to have no opioid-positive urine drug test results over the six-month study period.

Next, taking a qualitative approach to better understand the data, the authors plotted treatment attendance and opioid urine drug test results for each participant across a 24-week clinical trial. Several patterns emerged. The rate of placebo response in this trial is notable, with 31% of patients receiving placebo achieving at least 90% abstinence, and 20% on placebo were present and abstinent across all 24 weekly visits. The authors note that this placebo response could be related to the framework of the clinical trial. Patients in both treatment groups received counseling as part of the clinical trial, and to be eligible for the trial patients had to have a supportive family member available to supervise adherence to clinic visits. It is possible that an expectancy effect—the belief that effects of opioid use will be blocked with the long-lasting injection, reducing craving and motivation to seek opioids – was operating for at least some patients. And finally, patients’ fear of repercussions for relapse may also have been operating, given that the study was conducted in Russia, where opioid addiction is particularly stigmatized.

More work is needed to understand the ways in which injectable naltrexone is similar and different to other opioid medications such as buprenorphine (best known by the brand name Subutex) that also have an opioid blocking effect (though not as strong as naltrexone), but in a very different way (i.e., naltrexone is an antagonist and does not produce any opioid effect, whereas buprenorphine is a partial opioid agonist that produces a direct opioid effect). A more complete understanding of the similar and differing mechanisms and effects of these medications for different patients will help providers make better treatment decisions better tailored to individuals’ treatment needs. Additionally, more research is needed to help understand how naltrexone might reduce craving. The authors suggest naltrexone could be blocking kappa opioid receptors in addition to mu opioid receptors, and this may be leading to reduced dysphoria and increased wellbeing, but this hypothesis remains untested.

As noted by the study authors: 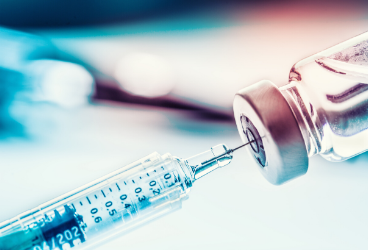