Studies have demonstrated that adolescents and young adults with frequent or heavy cannabis use have impaired ability to think clearly and solve problems. However, the magnitude of the cognitive difficulties seen with heavy cannabis use is dependent in part on study design. When studies require longer periods of initial abstinence before cognitive testing, youth demonstrate less cognitive impairment than when testing closer in time after recent use. But study findings are mixed. What does the latest science in this area tell us as a whole?

The increasing legalization of cannabis (both medicinal and recreational) across the US and internationally may lead the public to underestimate the possible harms associated with chronic cannabis use. Meta-analyses in adults have shown frequent or heavy cannabis use is associated with decreased attention, memory, learning and executive functioning. Given that the brain systems underlying these functions are still developing during late adolescence, one would expect the negative effects of heavy or chronic cannabis use to be even greater in adolescence (e.g., ages 12-17) and early adulthood (e.g., ages 18-25). Though there have been many studies of cannabis use and cognitive functioning in adolescents and young adults, they have not been analyzed as a group to test which findings are found consistently across different studies (i.e. a meta-analysis). In this study, Scott and colleagues conducted a meta-analysis – a quantitative synthesis of many studies at once – to determine what areas of cognition might be impacted by cannabis use, and whether these impacts are more likely related to cannabis intoxication (short-term) or cannabis use over time (long-term).

In this meta-analysis of observational cross-sectional studies, authors analyzed 69 reports published between 1973 and 2017, conducted primarily in the U.S., United Kingdom, Europe and Australia that focused on heavy, frequent or problematic cannabis use among youth, looking beyond acute effects of intoxication. The review included a total of 2,152 cannabis users with a mean age of 21 years as compared with 6,575 controls (e.g., non–cannabis users). The mean age at cannabis initiation was 15 years old and 68% of the cannabis users were male, as compared with 56% of the controls. The magnitude of difference between cannabis and non-cannabis users (e.g., effect size) was determined and then analyzed as a group for each neurocognitive domain. The domains analyzed included learning, speed of information processing, delayed memory, attention, verbal/language abilities, visuospatial skills, motor abilities, and three types of executive functioning (abstraction/shifting, inhibition, & working memory).

Cannabis use is associated with worse learning, attention, and executive functioning.

Compared to individuals with minimal cannabis exposure, individuals with heavy, frequent, or problematic cannabis use had worse functioning in a number of neurocognitive domains. Cannabis users had slightly worse (i.e., effect sizes were meaningful, but small in magnitude) performance on learning, abstraction and set-shifting, speed of processing, delayed memory, inhibition, working memory, and attention. As might be expected, these differences were even larger in treatment-seeking cannabis users, as they are likely to have more social and emotional challenges which may be related, in part, to their cannabis use. On the other hand, verbal/language, visuospatial and motor domains were similar among cannabis users and controls.

Cannabis users and controls had similar cognitive performance when cannabis users were abstinent for 3 days or longer before testing.

As more time passes since the most recent cannabis use, cognitive functioning is less impaired. When studies were separated by the abstinence period required before cognitive testing, the cognitive declines were largest when the period of no cannabis use was less than or equal to 3 days. Importantly, there were no differences between heavy/problematic cannabis users and non-users when the cannabis using group were abstinent for 3 or more days before testing. This finding suggests that some of the cognitive impairments for cannabis users highlighted here may be due to acute cannabis intoxication or withdrawal.

Heavy or frequent cannabis use during adolescence and young adulthood is associated with poorer cognitive functioning across numerous domains when individuals are tested within 3 days of their last use. These declines are potentially meaningful, but modest, when tested within 72 hours of last use. Importantly, these effects on cognition have the potential to impact academic functioning and driving ability for that period of time since last use, for several days after the feeling of being intoxicated has lifted. The studies in this meta-analysis were all cross-sectional, meaning cannabis users and non-users were compared at one point in time. Of note, while cannabis users’ worse performance may may due to cannabis use, and study authors in some cases tried to control for alternative explanations for cannabis users’ worse performance, there remain other potential reasons that cannabis users would have worse cognitive functioning. These include difficulties with planning, behavioral control, working memory (i.e., executive functioning) that were present before they ever used cannabis. Therefore, truly longitudinal studies, where individuals are measured at several points over time, are needed to fully understand the effects of cannabis on youth cognitive performance.

Cognitive deficits in youth might be reversible or partially reversible with abstinence. A different meta-analysis (looking at both adolescents and adults) found that the neurocognitive deficits associated with cannabis use were no longer significant after 25 days of abstinence. Separately, a systematic review found that after 14 days of cannabis abstinence, there may be sustained memory deficits with mixed findings in other neurocognitive domains. Taken together, these studies suggest that cannabis measurably impacts cognitive functioning in the days or weeks since last use, with some smaller longer-term impacts. Interestingly those with earlier onset cannabis use (e.g., before age 16) did not have more impaired functioning than those with later onset cannabis use. 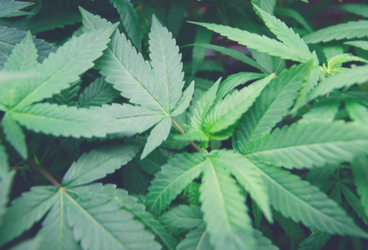 Developing international consensus to address high-risk drug use and overdose