The cannabis industry has often marketed cannabis with an emphasis on its therapeutic benefits for various medical conditions. One such claim is that cannabis can help treat opioid use disorder (OUD), with some claiming that cannabis can be used in place of FDA-approved medications (e.g., buprenorphine, methadone). However, there is currently a lack of rigorous scientific evidence to support these claims and unconfirmed claims have important implications for treatment seeking and overdose. For example, medications like buprenorphine and methadone are proven to help prevent opioid-related overdose and individuals with OUD who forgo these medications have significantly increased risk of mortality. Therefore, encouraging patients to seek cannabis as an alternative to medication treatment could ultimately hinder efforts to reduce overdose and related deaths.

These policies might give dispensaries implicit permission to market medical cannabis as a treatment for OUD, which could ultimately harm individuals with OUD given that the therapeutic effects of cannabis for OUD have not been appropriately tested.

The current study assessed the association between medical cannabis policies and therapeutic claims made by the cannabis industry by comparing the marketing claims of dispensaries located in states where OUD is a designated as a qualifying condition for medical cannabis to the marketing claims of dispensaries in states where it is not a qualifying condition.

The authors conducted a cross-sectional mixed methods study of website and social media content among 167 medical dispensaries in 7 states. Dispensaries were identified via state Department of Public Health and industry websites. Three states had OUD designated as a qualifying condition for their medical cannabis programs, including New Jersey, New York, and Pennsylvania, which collectively had a total of 44 dispensaries. The authors also identified 123 dispensaries located in four nearby states (i.e. Connecticut, Delaware, Maryland, and Ohio) that did not have OUD as a qualifying condition for medical cannabis. Dispensary websites and social media content were each assessed by two researchers, for mention of six key words: (1) opioid, (2) opioids, (3) addiction, (4) methadone, (5) buprenorphine, (6) suboxone. Text mentioning key terms was recorded and subsequently re-categorized by three independent researchers into four binary (i.e. yes/no) categories: (1) Dispensary claimed cannabis can treat OUD, (2) dispensary claimed cannabis can replace FDA-approved medications for OUD (i.e. buprenorphine, methadone, naltrexone), (3) dispensary claimed cannabis can be an add-on treatment (adjunct) to FDA-approved medications for OUD, or (4) dispensary claimed cannabis can be a substitute for opioids to treat other conditions like chronic pain. The authors then calculated the percentage of dispensaries that mentioned opioids, and the percentage of dispensaries falling within each of the four binary categories and examined differences between states with and without policies designating OUD as a qualifying condition for medical cannabis. Most dispensaries mentioned opioids in website and media content, but mentions were more prevalent in states where OUD was a qualifying condition for medical cannabis.

When considering cannabis company brands, eleven brands (~7% of all brands assessed) operated in both policy exposed and policy unexposed states, and marketing claims made by these companies did not differ by state, suggesting that the brand is important to consider when evaluating policy-marketing relationships. Figure 2. Graph above depicts the percentage of dispensaries that made each marketing claim in states with and without opioid use disorder (OUD) designated as a qualifying condition for medical cannabis. In all cases, dispensaries’ opioid-related claims were more prominent among those located in states where medical cannabis was approved for OUD. Despite lack of FDA-approval, and little rigorous data to show benefit, some U.S. states have passed policies designating OUD as a qualifying condition for medical cannabis. The current study suggests that these policies might promote unsupported claims by the cannabis industry about cannabis’ benefits for OUD treatment.

Compared to dispensaries in states without such designations in their legislation, a greater percentage of dispensaries in states with cannabis-approved treatment policies made marketing claims that cannabis can treat OUD, replace FDA-approved medications for OUD (e.g., buprenorphine), and can be used as an add-on treatment to FDA-approved medications and as a substitute for opioids to treat other conditions like pain.

Although more frequent in states where medical cannabis is approved for OUD, any mention of opioids on dispensary websites and social media posts was relatively common across all states. Therefore, it is important to evaluate how dispensaries’ marketing content influences patients’ decision making when they are considering different treatment pathways, and how this relates to recovery outcomes and overdose rates.

A large literature has revealed the influence of general product-marketing on consumer and patient behaviors. Research looking at cannabis industry marketing suggests it influences consumer behavior among other populations; for example, advertisements have been associated with increased cannabis use among adolescents. In the context of the current study, unconfirmed claims made by the cannabis industry might therefore mislead patients to seek cannabis as a treatment for OUD and/or forgo evidence-based treatments like methadone and buprenorphine (i.e. opioid agonist treatments). Given their ability to help prevent opioid-related overdose, individuals who forgo these medications might have an increased risk of mortality. Opioid agonist treatments are more effective for overdose prevention than abstinence and opioid antagonist treatments like naltrexone. Therefore, encouraging patients to seek cannabis as an alternative to medication treatment, without fully understanding its therapeutic risks and benefits, could ultimately put individuals at higher risk for overdose.

Claims that cannabis can be used as an adjunct to OUD medications are also cause for concern. Cannabis can increase buprenorphine’s and methadone’s availability in the body, leading to toxicity at higher doses, and also has the potential to hinder medication treatment outcomes. Some studies suggest cannabis use might increase risk of illicit opioid use and treatment dropout in buprenorphine and methadone patients. However, other studies contradict these findings and suggest cannabis can benefit treatment (e.g., higher rates of retention in methadone and buprenorphine patients after 6 months of treatment). Additional research is clearly needed to understand conflicting reports and assess the influence of dose, different cannabis strains, and different OUD cohorts.

In sum, the use of cannabis as a treatment for OUD has largely outpaced the scientific evidence backing it. Recent research suggests that cannabis has the potential to reduce withdrawal symptoms and prevent opioid misuse and relapse, but this literature is also incomplete, and outcomes thus far are mixed. As with any area of medicine, high-quality clinical research is needed to confirm preliminary findings and to systematically investigate the risks associated with medical cannabis for OUD treatment. Identifying alternatives to medication treatment and abstinence might help address relatively low treatment seeking rates, as they might appeal to individuals who prefer opioid-free treatment pathways and to those who experience barriers to pharmacotherapy access or untoward medication side effects. Until rigorous research is conducted to fully understand medical cannabis’ potential as an OUD treatment, states should be on the lookout for unconfirmed claims made by their local dispensaries and might consider novel policies that better police unsupported claims and/or further educate the cannabis industry and community about evidence-based treatments for OUD and the science backing them. Until the scientific evidence is sufficient enough to form conclusions, legislators should heed caution in designating OUD as a qualifying condition for medical cannabis. 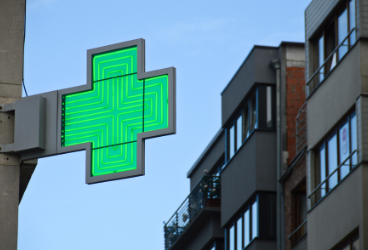