Many rural counties have been designated as vulnerable areas for infectious disease outbreaks among individuals who inject drugs. Syringe service programs are an evidence-based harm reduction strategy to mitigate these outbreaks. Despite a recent increase in the availability of these programs in some rural areas, it is not known whether they are being utilized. This study measures this utilization and identifies barriers and preferences among injection drug users in rural Appalachia.

Due to the chronic nature of severe substance use disorder for some, individuals may engage in drug injection use over the course of many years. Therefore, harm reduction strategies are vital in reducing negative consequences associated with drug use. One of these strategies is a syringe service program, which provides sterile syringes, needles, other injection supplies, and education on safe injection practices to individuals who inject drugs. Additionally, some of these programs function as service hubs and offer testing for hepatitis C and HIV, naloxone distribution and overdose education, linkage to treatment, and linkage to medical and social services. Syringe service programs have been found to be an evidence-based and cost-effective approach to reduce exposure to hepatitis C and HIV among injection drug users.

Many rural counties in the United States, especially those in the Appalachian region, have been designated as vulnerable areas for outbreaks of hepatitis C and HIV among individuals who inject drugs, likely due to increasing rates of injection drug use, lack of syringe service programs, and socioeconomic deprivation in these areas. Indeed, the rate of hepatitis C infection has increased nearly 400% among young people in rural Appalachia and this type of infection often co-occurs with or precedes HIV infection. In response, syringe service programs have increased exponentially in this region in recent years, with many of these rural areas not having this type of service in the past due to legal barriers. For instance, after the legalization of these programs in 2015 within Kentucky, 31 counties had them available two years later. However, it is unclear if individuals who are injecting drugs are actually utilizing these services.

In this study, researchers examined the utilization of syringe service programs and potential barriers as well as preferences in program design among individuals injecting drugs in five rural and Appalachian counties in Eastern Kentucky. The goal was to describe the use of this evidence-based service in a high-risk region and also inform interventions to overcome barriers to accessing these services and improve their effectiveness. The research team also examined whether results differed by gender to better understand these differences and ensure gender equality for future syringe service program implementation.

This cross-sectional study used interviewer-administered surveys among 234 individuals who inject drugs in five rural counties of Eastern Kentucky to assess utilization of syringe service programs, barriers to accessing them, and preferences regarding their design.

The data were from the baseline assessment of a cohort in an ongoing, longitudinal study called the Kentucky Communities and Researchers Engaging to Halt the Opioid Epidemic (CARE2HOPE). This cohort was recruited from April 2018 and February 2019 using a “respondent-driven sample”, meaning that initial participants (called “seeds”) were asked if they had peers who may be interested in participating in the study. The seeds were first recruited using targeted outreach through flyers and community cookouts as well as contacting consented individuals from a previous online survey of young people who use drugs in the study area. Participants were financially incentivized to participate in the study and recruit their peers ($25 for completing the survey, $25 for completing infectious disease testing, and $10 for each additional person enrolled in the study up to three people). An important inclusion criterion for the study was that individuals had to be “highly connected”, defined as men using drugs with at least 20 people in the past 30 days and women using drugs with at least 10 other people in the last 30 days. Notably, all five counties where study participants were recruited from had a syringe service program, with three counties having one within their health department. To assess preferences, all study participants were asked a series of questions about how a new local syringe service program should be created. These questions focused on location of these services, hours of operation, and staffing. Questions and pre-selected answers were developed in collaboration with key informants in the region and previous literature. Individuals could select more than one answer for each question based on their preferences.

The CARE2HOPE cohort is comprised of 278 individuals who use drugs. For this study, analysis focused on the 234 individuals who reported injection drug use in their lifetimes and identified as either male or female (1 transgender individual was excluded from analyses for statistical reasons). For analyses examining the association between gender and syringe service program utilization the research team controlled for several variables including age, education, or drug of choice, to isolate the effect of gender as best they could.

A little over half of study participants were male (58%), nearly all were white (97%), and the majority had an educational attainment of a high school diploma or less (76%) and had a median age of 35 years. A large majority of study participants (85%) reported injection drug use in the past 30 days, with a little over half (56%) reporting daily injection drug use. About a third reported methamphetamine as their primary substance, followed by heroin (29%), and opioid prescription painkillers (18%).

Half of those surveyed had used a syringe service program.

The most frequently cited reasons for not using a syringe service program were related to lack of awareness, stigma, and lack of need.

The most frequently cited barrier was that study participants did not know that a syringe service program was nearby (23%) followed by a fear of being seen or disclosing drug use (19%) and never having a problem obtaining clean needles (19%). Notably, stigma-related reasons related to staff judgement and law enforcement were cited by more than 10% of study participants that have never used a syringe service program. Most study participants preferred a syringe service program located in a health department, accessible in afternoon hours, and staffed by nurses.

There were gender differences among preferences for syringe service program design.

This study found that, among 234 people who inject drugs in rural Eastern Kentucky, half (49%) had never used a syringe service program. The most frequently cited barriers to never using these programs were related to lack of awareness, stigma, and lack of need, and the most preferred program design was for it to be located in a health department, open during afternoon hours, and staffed by nurses.

The findings of this study highlight that, even though access to syringe service programs have increased in recent years, many injection drug users in this rural Appalachian region are not using these services. This underutilization of an evidence-based approach to decrease hepatitis C and HIV is compounded by the fact that the region is designated as high risk for an outbreak of these infectious diseases. Given that some individuals who inject drugs may follow a trajectory of persistent injection drug use over the course of many years, it is essential that both access to and utilization of these programs is maximized to improve individual and societal outcomes.

The two most frequently cited barriers to utilizing syringe service programs were related to lack of awareness and stigma, which are likely interrelated. For instance, lack of awareness may be partially because of inadequate advertising of these services due to community stigma. Support for harm reduction services can be a controversial and political issue. Oftentimes, elected board members must approve these programs in the community. Therefore, communication strategies that reduce stigma and increase public support for evidence-based approaches could help to increase access to and utilization of these programs among individuals who inject drugs, improving the health of these individuals and decreasing societal costs.

Importantly, in addition to an evidence-based approach to reducing infectious diseases, many of these syringe service programs act as service hubs by providing additional evidence-informed services such as testing for hepatitis C and HIV, access to naloxone (“Narcan”), low threshold access to medications for opioid use disorder, linkage to treatment, and linkage to medical and social services. Thus, a syringe service program is an opportunity to provide access to a wide array of comprehensive services to improve health. Although a health department was the most preferred site in this study, there was majority support for mobile vans and vending machines, suggesting that innovative designs may increase utilization among this marginalized population. While vending machines may present legal barriers for most states, mobile outreach to extend these programs to hard-to-reach populations without the stigma that comes with a brick-and-mortar building offers promise. Staffing these innovative syringe service program designs with peers may further increase utilization and reduce stigma.

Although there were no gender differences in syringe service programs utilization and barriers to accessing these programs, women had different program design preferences than men, suggesting a tailored gender-specific approach to implementing future programs may help engage both men and women, ensuring gender equity. Women were less likely to prefer these programs in a health department and less likely to prefer staffing by nurses or social workers. These findings may highlight fear and distrust among women who use drugs for those that may also play a role in maternal healthcare and childcare social services. Women were less likely to prefer evening hours and less likely to prefer staffing by people who use drugs, suggesting that some may be mindful of protective measures to mitigate gender-based violence. The finding that women were more likely to prefer staffing by people in recovery may have implications for linkage to treatment. However, all of these gender differences should be confirmed by qualitative research and studies with larger sample sizes in other program settings before concrete recommendations can be made on future program design.

This study found that, among 234 people who inject drugs in rural Eastern Kentucky, half (49%) had never used a syringe service program, and the most frequently cited barriers to never using one of these programs were related to lack of awareness, stigma, and lack of need. The most preferred program design was for it to be located in a health department, open during afternoon hours, and staffed by nurses. 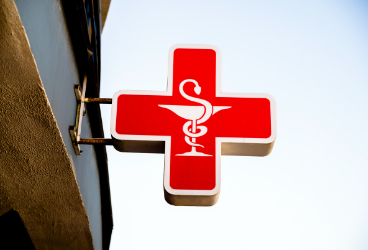 How Effective are State Public Policies on Reducing Binge Drinking?