Research shows attendance and active involvement (e.g., having a sponsor, home group, etc.) in 12-step mutual-help groups promote improved substance use outcomes over time. Many prospective studies have examined 12-step participation among individuals who choose to attend and adjust for key factors like readiness to change and addiction severity in order to examine the independent causal effect of 12-step participation on various outcomes. In this study, the research team used a sophisticated set of statistical analyses to approximate a balanced comparison between higher and lower levels of 12-step involvement on substance use during a 12-month period among individuals who attended inpatient treatment.

Mutual help groups, including 12-step groups, are free and widely available. In many single-group longitudinal studies where individuals are followed after a treatment episode or after a recovery attempt in the community and 12-step involvement’s effects on relevant recovery outcomes are examined, causal effects resulting from 12-step group involvement are usually attempted via statistical control of only one or two variables. While this can be helpful, newer, and more scientifically rigorous techniques are available to control for a much greater number of confounding variables at once to better establish the causal effect of 12-step participation. Using longitudinal data from clients within an inpatient substance use disorder treatment center, and follow up data for 12 months after discharge, this study applied advanced statistical methods to examine the effectiveness of 12-step group involvement among patients up to 12 months after inpatient treatment. Specifically, the authors used three so-called “propensity score matching” approaches to balance confounding variables between the groups and make them as equal as possible so that any difference on outcome is more confidently attributed to 12-step participation.

This was a longitudinal observational study based on data from the Recovery Journey Project. This study was designed to monitor treatment outcomes among patients and generate research and practice recommendations for substance use disorder. Participants were recruited between April 2015 and March 2017 from a 105-bed inpatient substance use disorder treatment program in Ontario, Canada. The clinic from which participants were recruited serves patients 18 years or older with a current substance use disorder and has specialized programming for patients with co-occurring posttraumatic stress disorder (PTSD). The typical stay ranges from 35-56 days and includes medical management and on-call support, recovery-oriented education and skills training, and 12-step facilitation. The primary orientation is abstinence, but the clinic also offered medication for opioid use disorder, as needed.

During the first week of the program, participants were approached, completed informed consent, and then completed baseline measures online. Subsequent follow up measures were collected online, one, three, six, and 12 months after treatment ended. For the study, the authors were primarily interested in 12-step group involvement, and level of involvement, during the first three months following discharge from treatment. 12-step involvement could include having a home group, a sponsor, service work involvement, session attendance over the previous 30 days. “High 12-step involvement” was defined as having each of the follow 4 12-step activities: having a home group, having a sponsor, attending at least four meetings in the last month, and any service work. Participation levels lower than this (i.e., 3 or fewer activities) were classified as “moderate/low involvement.” The primary outcome was substance use at 12-months post treatment, which included both 1) any substance use in the last 12 months (based on assessments at one, three, and six months as well) and 2) percent days abstinent over the 30 days prior to the 12-month assessment for the most frequently used substance.

To analyze their data, the authors used several statistical approaches designed to produce less “biased” estimates from observational studies such as this that do not have a comparison or control group condition. The authors used different matching techniques—called propensity score exact matching, inverse probability weighting, and doubly robust estimations—to reduce bias in their analyses of the effectiveness of 12-step group involvement on substance use at 12 months after inpatient substance use disorder treatment.

Higher level of 12-Step involvement is associated with greater abstinence over 12 months.

The authors classified 57% of the sample as “high 12-step involvement” and 43% as “moderate/low involvement.” Compared to “moderate/low involved” clients, those who were “highly involved” in 12-step groups in the first three months were significantly less likely to report substance use in the first 12 months following inpatient treatment. Across the various statistical methods used, “high” vs. “moderate/low” 12-step involvement was associated with 75-80% greater reduction in the likelihood of any substance use over 12 months. “High” 12-step involvement was also associated with 7-12% increase in the percentage of days abstinent from their primary substance at the 12-month follow-up. However, these results should be interpreted in light of high levels of study attrition, which could influence results.

In follow up analyses, the authors recategorized groups to combine clients with “high” and “moderate” 12-step involvement and compared them to those with “low” involvement. The differences regarding substance use and percentage of days abstinent were present but slightly less significant compared to when the authors compared “high” vs. “moderate/low” clients. The authors used several robust statistical methods to examine the association between 12-step group involvement in the first three months after inpatient substance use disorder treatment, and substance 12 months later. Across the methods, the authors found strong support for the effectiveness of 12-step involvement, particularly “high” involvement (including having a sponsor, a home group, attending about one group per week or more, and engaging in service), in reducing the likelihood of substance use 12 months after inpatient treatment. These results provide important confirmation, using sophisticated methodology to adjust for effects of self-selection, to show that active involvement in 12-step mutual-help groups promotes improved substance use over time after treatment. 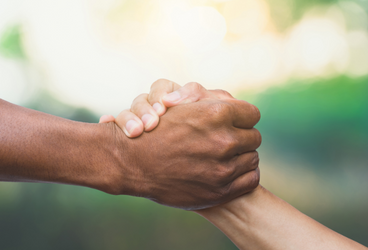