While the alcohol industries in countries such as England and the United States publicly support moderate drinking, it has long been speculated that a large portion of alcohol industry profits come from excessive drinkers and individuals with drinking problems. This study explored what percentage of alcohol sales in England are accounted for by these heavy drinkers, and what the alcohol industry there would stand to lose financially if everyone drank in moderation—that is, within government health guidelines.

The alcohol industry has long faced a difficult public relations dilemma. Though many individuals enjoy using alcohol with little or no consequence, for many others, alcohol causes significant emotional, physical, and interpersonal harm. At a population level, alcohol use has a prodigious, adverse social and economic impact. In order to mitigate the perception that the alcohol industry is profiting from suffering, and at times because of government pressure, in many countries major alcohol producers have voluntarily funded public awareness campaigns about the harms of excessive alcohol use. Critics, however, have argued that such voluntary measures are doomed to fail because they involve companies engaging in activities and policies aimed at reducing the harmful behaviors on which their profitability depends. In essence, these companies have a major conflict of interest.

The alcohol industries in England and the United States have often played down the extent to which profits are driven by excessive use of their products, in spite of evidence from several countries that alcohol consumption is concentrated within a minority of heavier drinkers. The present study explored whether such findings are also true for England. Specifically, the authors asked: 1) What proportion of alcohol sales revenue is accounted for by people drinking more than government recommended guidelines for low-risk drinking (in the UK no more than 14 standard drinks per week, where a standard drink is equal to 7.9g of pure alcohol. This is considerably less than in the U.S. where a standard drink is equal to14g of pure alcohol – almost twice as much). 2) How does financial dependence on heavy drinkers vary between different sectors of the alcohol industry? 3) How would alcohol sales revenue be affected if everyone’s consumption fell to within guideline levels?

This research has implications not just for public health policy, but for the millions of these heavy drinkers with alcohol use disorder in England, and countries like the United States.

This paper uses data from the UK Office for National Statistics’ Living Costs and Food Survey and the National Health Service’s Digital Health Survey for England. The Living Costs and Food Survey is distributed to households on a continuous basis throughout the year and asks each individual aged 16 years and over to keep a detailed diary of their daily expenditure over a 2-week period. For alcohol, the survey provides transaction-level data on beverage type (e.g., beer, cider, wine, spirits), price paid, and volume of product purchased. The survey also asks where the alcohol was purchased; either in a hotel, restaurant, or bar (known in the UK as on-trade sales), or from an alcohol retailer like a liquor store (referred to in the UK as off-trade sales). The authors pooled data from the 2013 and 2014 iterations of the survey, comprising a total of 9,975 households.

The Health Survey for England is a large, nationally-representative survey of 16,872 individuals (2013 and 2014 pooled) which records self-reported ‘typical’ consumption by beverage type. Coverage of total alcohol purchases relative to estimates from more robust national accounts and sales data is approximately 60% (compared to 40% for the Living Costs and Food Survey), suggesting people markedly under-report their alcohol use.

Drinking groups were defined according to UK government guidelines. ‘Moderate’ drinking is consumption below or equal to 14 standard drinks per week for both sexes, with a standard drink in the UK equaling 7.9g or 10ml of pure alcohol. ‘Heavy’ drinking refers to consumption above this level. Within the ‘heavy drinking’ category, the authors further distinguished ‘hazardous’ (15–35 units for women, 15–50 for men) from ‘harmful’ (36+ for women, 51+ for men) drinking, based on government guidelines.

The authors found that on the whole, the bulk of alcohol sales in England in 2013/14 were to individuals drinking excessively. An estimated 77% of alcohol was sold to drinkers consuming above guideline levels: 30% to harmful drinkers and 48% to hazardous drinkers. Further, alcohol consumed in excess of the guideline levels (i.e., those drinking 14 or more standard UK drinks per week) accounted for 44% of all sales. In terms of differences between on-trade (i.e., in a hotel, restaurant or bar) and off-trade (alcohol retailors), 81% of off-trade revenue was estimated to come from those drinking above guideline levels (Figure 2). The corresponding amount was substantially lower (60%) for on-trade sales, although heavy drinkers also still accounted for the majority of sales revenue, highlighting the fact that hazardous and harmful drinkers accounted for the majority of both retail and bar/restaurant sales.

Figure 2. Proportion of revenue from harmful, hazardous and moderate drinkers by beverage types and retailer in England in 2013/14. On-trade refers to hotel, restaurant, or bar sales; off-trade refers to alcohol retailors. 77% of beer expenditure was estimated to come from drinkers consuming above guideline levels, compared to 70% for cider, 66% for wine and 50% for spirits. Hazardous and harmful drinkers accounted for the majority of on-trade and off-trade alcohol sales.

The authors also report that should alcohol consumption be reduced to low-risk levels suggested by the UK government (i.e., 14 or less standard drinks per person, per week), the alcohol industry would stand to lose 38% of their current revenue (Figure 3). In absolute terms, this implies that the industry’s market value would fall by £13 billion (approximately US$17 billion).

Figure 3. Predicted percentage decline in alcohol revenue in England if alcohol consumption were to fall to government guideline levels for low-risk drinking (i.e., 14 or less standard drinks per person per week). Percentage declines in revenue are broken down by point of sale (on-trade versus off-trade), and alcohol category (beer, wine, etc.), as well as point of sale type crossed with alcohol category (in box, bottom right of figure). Altogether, the alcohol industry in England would stand to lose 38% of its revenue if everyone drank in accordance with government guideline levels for low-risk drinking.

Findings indicate the alcohol industry in England derives a large portion of its profit from excessive and/or problem drinkers. Given the consistency of this finding with similar research in Australia and Brazil, it seems likely that such a study conducted in the United States would find similar results. These findings raise serious questions about the conflicts of interest arising when an industry reliant on hazardous and harmful drinking is allowed to self-regulate and manages its public image with largely ineffective ‘safe drinking’ mantras (e.g., “Drink responsibly”). These findings also reinforce the need for strong alcohol sales policy, which has been shown to have real impact on problem drinking. Moreover, as the study authors point out, in so far as a financially successful alcohol industry depends upon harmful drinking, the UK government’s economic support for alcohol producers through tax cuts and trade negotiations appear problematic. 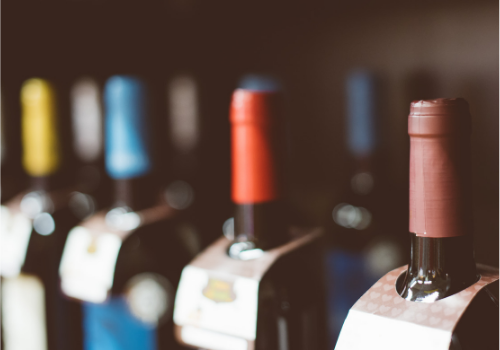 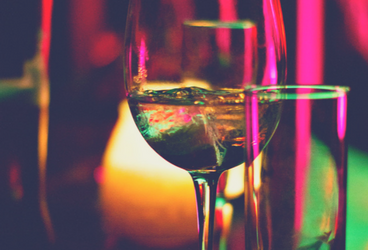