Only 11% of individuals with substance use disorder (SUD) attend specialty addiction treatment. One reason may be that, until recently, insurance companies did not always reimburse mental health & addiction services at a level equal to other medical services.

In 2008, Congress passed the Mental Health Parity & Addiction Equity Act (2008 Parity Act), which went into effect in 2010. This law requires employer-sponsored health insurance plans, Medicare and Medicaid, the Children’s Health Insurance Program, & state and local government health plans to cover substance use disorder (SUD) and mental health services to the same degree as other medical services if they include coverage of these behavioral health services, preventing companies from establishing different annual and lifetime dollar limits for behavioral health services.

The spirit of this law was to address discriminatory practices inherent to limiting the amount of services that insured individuals with psychiatric disorders including substance use disorder (SUD) could utilize.

It is generally unclear, however, whether the 2008 Parity Act has lead to increased access to care and use of services. In the current study,

One of the more innovative pieces of the 2008 Parity Act was the inclusion of both ‘in-network’ and ‘out-of-network’ coverage. ‘In-network’ providers are part of a health insurance plan’s network of providers with which it has negotiated a discount; ‘out-of-network’ providers, in contrast, have not contracted with a company for a discounted rate. Out-of-network services were included in the 2008 Parity Act to further protect individuals with substance use disorder (SUD) and other psychiatric disorders from being limited to only in-network providers, and potentially impeding access to quality care.

In this study, authors examined how the implementation of the 2008 Parity Act affected out-of-network substance use disorder (SUD) service utilization for 525,620 individuals covered by a large group of self-insured employers (i.e., companies with employee health plans) who used any SUD service. Whether the service addressed SUD, and whether the service was inpatient/outpatient, was determined by type of service code used by providers and whether the primary diagnosis listed for that service was an SUD.

Authors used an interrupted time series design to investigate whether the 2008 Parity Act was related to changes in the probability of any out-of-network substance use disorder (SUD) service use, average number of services used, average total spending, and average out-of-pocket spending adjusted for inflation (i.e., the cost to the patients, such as deductibles, copayments, and coinsurance). They chose this design because there are many factors that could influence a change in health care utilization and spending from year-to-year (i.e., it is difficult to say the law caused the change). The interrupted time series not only statistically controls for the month of service, but it also analyzes another outcome in a similar arena that would not be expected to change as a result of the new law.

In this study, authors used health care utilization and costs for diabetes treatment. They investigated change from 2007-2009 (the three years prior to implementation of the law) to 2010-2012 (three years after implementation of the law). They examined both inpatient and outpatient services.  They anticipated that the 2008 Parity Act would lead to increased use of services and total spending while decreasing out-of-pocket costs.

There were similar results for outpatient services. The Parity Act was significantly associated with increased probability of any outpatient out-of-network substance use disorder (SUD) service use, average number of services, and total spending by $25 per person per month. Again, the law was not associated with changes in out-of-pocket costs, however.

Overall, this suggest the Parity Act was also associated with greater use of out-of-network outpatient addiction services.

This study shows that federal health law can affect how likely, and to what extent, individuals access substance use disorder (SUD) care. As has been shown in other studies, seeking specialty SUD treatment increases an individual’s chances of remission and recovery (see here and here, for example). These findings, therefore, suggest the 2008 Parity Act may be associated with increased rates of recovery and remission.

It is important to examine the impact that new health care laws and policies have on patient behaviors and outcomes, in order to reinforce the reasons for policy development, or to inform modification of the policy to better meet the needs of constituents.

With the implementation of the 2008 Parity Act, and more recently the Affordable Care Act which expanded coverage of behavioral health for many more Americans, it can be argued that insured individuals in the United States have greater coverage of addiction services now than perhaps at any point in U.S. history. Thus, it is important that those in, or seeking treatment, understand how they can best use their health insurance to access quality and affordable addiction care.

Even if one interprets the findings as causal (i.e., that the Parity Act caused increased substance use disorder (SUD) treatment utilization), the data cannot speak to why individuals accessed more SUD care. For example, it is unclear whether individuals’ greater use was related to changes in care delivery  (e.g., greater coverage leading to greater likelihood of the integration of addiction  interventions in primary care), patient behaviors (e.g., more likely to seek treatment due to increased out-of-network coverage), or a combination of the two.

Smaller scale studies that examine these variables may help shed light on this issue. 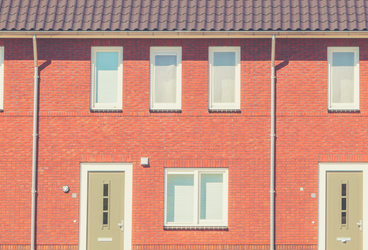 A Descriptive Look at the Mission, Obstacles, & Strategies Used by the Operators of Recovery Residencies