Medication-assisted treatment (MAT) is among the most evidence-based recovery management strategies for individuals with opioid use disorders. In addition to reductions in opioid use, MAT is also associated with other salutary public health benefits including reduced incidence of HIV/AIDS as injection drug use is both a common route of administration for opioids and a risk factor for blood-borne diseases.

The adoption and acceptability (and legality in some cases) of Medication-assisted treatment (MAT), however, varies internationally.

Furthermore, understanding the adoptability of an intervention – one key factor in overall effectiveness – relies on a thorough understanding of the attitudes and knowledge of the staff on the front-lines who work directly or in connection with these opioid-dependent individuals.

In the current study, Polonsky and colleagues assessed opioid-related Medication-assisted treatment (MAT) knowledge and attitudes and related constructs among staff working in Ukrainian jails, a setting where almost half of inmates are injection drug users. In addition to MAT constructs, they also assessed intolerance toward drugs, drug users, and persons living with HIV/AIDS among 243 staff members in 12 medium-security prisons within four regions (three prisons each): North (Kiev), South (Odessa), East (Donetsk) and West (Lviv). They also reported on perceived effectiveness of several recovery management strategies. Data on age and gender were not collected to bolster confidentiality.

Results showed that only 25% viewed Medication-assisted treatment (MAT)as an effective treatment for individuals with opioid use disorders, contrasted with 44% endorsing “cold turkey” detoxification, 48% religion, and more than 50% “Narcology”, a “Soviet-era discipline characterized by pseudo-scientific assumptions about opioid dependence and criticized by the international scientific community” (authors cite Elovich and Druker, 2008). With the exception of staff from the west (from Lviv), attitudes were generally negative.

Given neutrality or only minimal agreement with knowledge statements such as “Opioid substitution treatment improves adherence to HIV medications in HIV-infected, opioid dependent individuals”, knowledge gaps were also apparent, though again with staff in the West demonstrating the highest levels. Similarly, Western staff had the lowest levels of intolerance toward people living with HIV/AIDS, and those in the west and south had the lowest levels of intolerance toward drugs and drug users.

This study not only sheds light on Medication-assisted treatment (MAT) attitudes outside more commonly studied United States, British, and Australian samples, but also constitutes a model to study communities and cultures where MAT knowledge and opinions are unknown.

Such studies are also likely to affect policies around the globe in terms of the adoptability of MAT programs.

This study indicates that intensive interventions are needed to educate Ukranian employees working closely with individuals with opioid use disorders. Such interventions could target not only Medication-assisted treatment (MAT) knowledge but also general evidence-based information about the nature of substance use treatment. 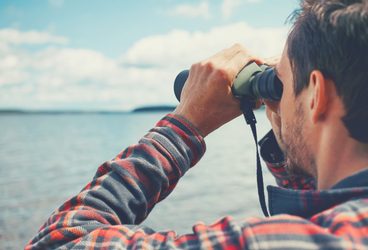