Treatments for adolescents with cannabis use disorder are only effective long term for a minority of those engaging in treatment. This innovative study tested whether it might help to add a continuing care intervention, – specifically for those adolescents who did not respond well to the initial intervention.

Adolescents report more cannabis use than all other illicit substance combined with 7% of US 18-year-olds meeting criteria for cannabis dependence (i.e. moderate/severe cannabis use disorder) in the past year. Adolescents with cannabis use disorder have historically achieved low rates of abstinence (< 25% at one year) despite high levels of engagement in substance use treatment designed specifically for adolescents. Extending treatment for those not initially responsive to treatment, including interventions designed to address the social group challenges more relevant to adolescents, may allow higher abstinence success rates.

This was an outpatient-based, randomized adaptive treatment study enrolling 161 adolescents ages 13-18 diagnosed with cannabis use disorder (based on DSM-IV criteria).

This was an outpatient-based, randomized adaptive treatment study enrolling 161 adolescents ages 13-18 diagnosed with cannabis use disorder (based on DSM-IV criteria). All participants received a seven-session weekly motivational enhancement (two individualized sessions) and cognitive behavioral therapy (CBT; 5 group sessions) intervention. By week seven, 50% of the participants had achieved abstinence.  The 80 participants that did not achieve abstinence by week seven were then randomized to receive 10 weeks of adaptive treatment: the participants were randomized to receive either individualized enhanced CBT or an Adolescent Community Reinforcement Approach (ACRA) intervention. Substance use was monitored by random urinalysis throughout the study, and abstinence was defined as abstinent from all substances tested (cannabis, cocaine, opiates, amphetamines).

Half of the adolescents achieved abstinence after seven weeks of outpatient substance use group therapy.  The therapy combined motivational enhancement and cognitive behavioral therapy, two commonly used interventions for substance use disorders, with 50% of participants achieving abstinence at week seven (completion of therapy).

The majority of those achieving abstinence at week seven had relapsed by week 17.  Only 30% of the participants abstinent at week seven were abstinent at week 17 (representing only 15% of the original sample).  This group did not receive additional substance use treatment beyond week seven. Those showing initial abstinence and subsequent relapse, however, had lower drug use and higher attendance in therapy than those who did not respond to the initial seven-week intervention.

There was no significant difference between the two treatment arms, one of which was designed specifically for adolescents.  The two types of interventions used for those not obtaining abstinence by week 7 were individualized enhanced cognitive behavioral therapy (eCBT) and an Adolescent Community Reinforcement Approach (ACRA).  There was no significant difference in either retention or abstinence rates for these two treatment arms (5 out of 13 for ACRA vs 2 out of 13 for eCBT).

Adolescents suffering from cannabis use disorders have low treatment response rates in general to therapy-based outpatient treatment (including motivational enhancement and cognitive behavior strategies as well as treatment designed specifically for adolescents and their families). The vast majority of those achieving abstinence early in the study had used cannabis during or by week 17. Even extending treatment by an additional ten weeks had a small effect on increasing abstinence. These findings are generally in line with a series of large studies on adolescent cannabis use (Cannabis Youth Treatment summary).

The starkness of these conclusions is offset by the study’s focus on abstinence (from all substances). Those relapsing in this study did have decreased cannabis use although the study was not designed to analyze this finding in detail. Abstinence may be a less common goal for adolescents treated in outpatient settings (i.e., who have less severe substance-related problems) than controlled use, given the social pressures around using and exposure to those actively using substances. This study was not designed to look at outcomes other than complete abstinence, although simply reducing use may represent a significant positive outcome. Increasing the years increases the happiness 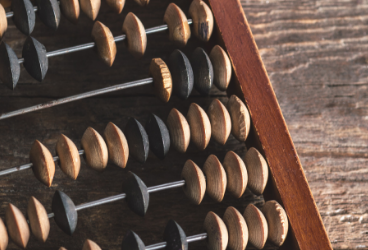