Brain stimulation techniques show promise as new treatments for addiction. This report assesses their effectiveness at reducing craving and substance use by reviewing the scientific evidence published to-date.

Repetitive transcranial magnetic stimulation is a technique that painlessly activates (excitatory) or suppresses (inhibitory) activity in specific brain regions by sending short pulses of electrical current through the forehead. This technique has recently shown promise as an effective treatment for substance use disorder. By targeting regions in the brain that are thought to be associated with addictive behaviors (e.g., structures implicated in the brain reward pathway), this type of stimulation aims to fix imbalances in excitatory and inhibitory activity. For example, targeting frontal brain regions may help to reduce impulsive behaviors and reduce the motivation for substance use by strengthening or weakening connections between frontal regions and more distant brain structures like those involved in reward and motivation (e.g., the caudate nucleus). Given that this area of study is relatively new in the context of addiction, the authors of the current report conducted an up-to-date review of the current literature assessing transcranial magnetic stimulation as a treatment for substance use disorder symptoms.

Twenty-two of the 26 studies assessed the effects of excitatory (high frequency) stimulation, including 17 studies that concerned repetitive transcranial magnetic stimulation and five studies that concerned deep transcranial magnetic stimulation, which uses a different type of coil that is intended to target deeper brain structures (located more centrally in the brain) but in a more diffuse manner (has less specificity for the targeted brain region). These 22 studies examined both the left and right side of the brain in an area called the dorsolateral prefrontal cortex (a frontal brain region located near the forehead that plays a key role in reward processing, motivation, and behavioral control), as well as the insula (a deeper structure in the brain implicated in a broad range of addictive behaviors). Ten studies assessed the effects of inhibitory (low frequency) transcranial magnetic stimulation, using a variety of stimulation techniques and targeting different brain regions (see results). The total number of treatment sessions administered and the duration of treatment varied widely across studies, ranging from 270 to 20,000 pulses administered over the course of one to 16 treatment sessions.

A total of 748 drug or alcohol dependent adults (i.e., alcohol, nicotine, heroin, cocaine, methamphetamine, and cannabis dependence) were included across all studies included in the review. None of the participants had a co-occurring psychiatric disorder. The primary outcome was self-reported craving and the secondary outcome was substance use (measured using self-report or number of relapse cases). When possible, the authors also looked at the influence of other variables to better interpret the effect of the stimulation therapy, including the type of substance dependence (e.g., alcohol dependence, illicit drug dependence, nicotine dependence) and different stimulation methods used across reports. Figure 1. Repetitive transcranial magnetic stimulation: Activating or suppressing activity in a specific brain site by holding a magnet (AKA electromagnetic coil) against the head near that site and sending short pulses of electrical current through the magnet, which painlessly pass through the forehead and stimulate brain cells in the desired area. Common side effects of this non-invasive technique are relatively mild and include temporary headache, lightheadedness, scalp discomfort, tingling and/or twitching of muscles in the face.

Compared to a non-stimulation or sham stimulation condition, high frequency (excitatory) stimulation of the left dorsolateral prefrontal cortex (implicated in motivation and reward) stimulation was associated with significantly lower craving and reduced substance use (magnitude of effect: medium).

Analyses suggested that the total number of pulses administered to participants across all of their respective sessions predicted the magnitude of the anti-craving effect (i.e., more total pulses administered associated with less craving). Among the three studies that reported follow-up data (average follow up at four months), analyses suggested that this stimulation did not have a lasting effect on craving. Importantly, substance appeared to play a role in the magnitude of the stimulation’s effect on craving; the most robust effect was seen for illicit drug dependence (large effect), followed by nicotine dependence (medium effect), and alcohol dependence (small effect). When the authors assessed studies of the right hemisphere, they found no significant anti-craving effect of high frequency stimulation in the right dorsolateral prefrontal cortex (implicated in self-control and withdrawal related behaviors).

Compared to a non-stimulation or sham stimulation condition, excitatory deep transcranial magnetic stimulation of the left and right dorsolateral prefrontal cortex and the insula significantly reduced substance use. Conversely, excitatory deep transcranial magnetic stimulation of the medial prefrontal cortex (implicated in arousal, as well as automatic and impulsive behaviors) did not have a significant effect on substance use, when compared to control conditions. This method of stimulation did not have an effect on craving, regardless of the brain region targeted.

Inhibitory stimulation did not have a significant effect on craving or substance use. The author’s findings are in line with another recent meta-analysis, hich also suggested the anti-craving effects of high frequency repetitive transcranial magnetic stimulation. The current meta-analysis adds to prior findings by suggesting that high frequency repetitive transcranial magnetic stimulation, specifically of the left dorsolateral prefrontal cortex, may yield the greatest effect on craving. Despite a robust effect immediately after stimulation, outcomes suggested that the benefits of stimulation may not be retained over time. However, studies included in this meta-analysis had widely varying brain stimulation methods (total number of stimulation sessions ranged from one to 16; total number of pulses administered ranged from 270 to 20,000). Furthermore, only three studies provided follow-up data. Therefore, additional research is needed to identify the optimal treatment duration and to better understand how long these effects last beyond the final treatment episode. The authors’ analysis further suggests that high frequency repetitive transcranial magnetic stimulation in the left dorsolateral prefrontal cortex may be most beneficial for individuals with illicit drug use disorders, with this cohort showing the most robust (large) anti-craving effect.

Although this stimulation method did not have a significant effect on craving when administered in the right dorsolateral prefrontal cortex, half as many articles reported on this brain region, and substance use outcomes were not assessed in this context. Conversely, a previous review found a larger effect of repetitive transcranial magnetic stimulation on craving/substance use when administered to the right dorsolateral prefrontal cortex. Conflicting findings may be due to a limited literature and varying methods across brain stimulation studies and reviews. The current review also found no significant effect of inhibitory stimulation on craving or substance use. But again, methodologies and study populations of interest widely varied between reports which limits interpretation of its effectiveness. Taken together, this meta-analysis along with previous reviews further highlight the need for additional investigation to better understand the potential therapeutic effects of inhibitory stimulation, as well as excitatory transcranial magnetic stimulation of the right hemisphere. 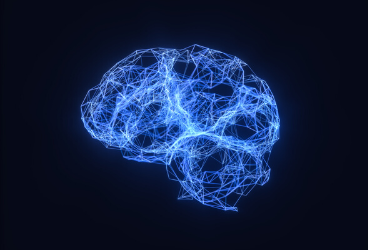