Despite an increase in treatment seeking for mental health and substance use disorders in recent years, stigma surrounding these health conditions has remained constant over time.

Stigma is defined as: An attribute, behavior, or condition that is socially discrediting. Known to decrease treatment seeking behaviors in individuals with substance use disorders.

The media portrayal of individuals with these conditions as unkempt, untreatable,& even violent has perpetuated stigma even though the biological basis for these illnesses is readily recognized.

McGinty and colleagues used a vignette-based randomized experiment to address how different portrayals of persons with a mental health or substance use disorder can influence stigma-related outcomes in the following domains:

Respondents (N = 3940) to this nationally representative online survey were randomly assigned to read one of ten vignettes about Mary, a white college-educated woman. The choice of Mary’s demographic profile reflects the authors’ effort to decrease confounding as previous studies have shown people tend to have more negative attitudes against non-whites, men, and people with a high school education or less. The table below describes how Mary was portrayed in each of the ten vignettes.

The portrayals of untreated schizophrenia, depression, and heroin use disorder resulted in significantly more negative social distance attitudes towards individuals with mental illness when comparing those receiving an untreated vignette to the control group.

Respondents receiving the untreated heroin vignette were more willing to discriminate against individuals with substance use disorder than the control group.

For example, the odds of willingness to have a person with this disorder marry into their family was 75% higher for those receiving the treated heroin vignette compared to the control group.

Those receiving the treated heroin and prescription pain medication vignettes were also more likely than the control group to believe that treatment can control symptoms.

Attitudes regarding social distance, treatment effectiveness, and discrimination were improved for those receiving treated vignettes compared to untreated vignettes. Compared to the untreated heroin vignette, those receiving the treated version were more willing to work with a person with this disorder and allow a person with this disorder to marry into their family. They were also more likely to believe that treatment can control symptoms, and they were less accepting of discrimination.

Those receiving the treated pain medication vignette (vs. untreated) were also more willing to allow a person with this disorder to marry into their family and less accepting of discrimination.

Stigma is an often overlooked barrier to accessing services and also affects policies in the realm of mental health. While the destigmatizing shift from personal culpability and willful misconduct to a brain malfunction and public health problem has helped increase awareness of substance use disorders as a medical issue deserving of treatment, this study shows how the portrayal of the same individual with a treated or untreated disorder can impact perceptions and attitudes.

This may be particularly damaging for implementing policy changes and improving existing services.

For example, people may be less likely to endorse the development of supportive housing for homeless individuals with substance use disorder if they view them negatively as merely engaging in willful misconduct.

In contrast, if people perceived this population as suffering from a health condition and worthy of treatment and assistance, they may be more likely to support this idea.  These findings extend beyond the general public as words used to describe individuals can even influence mental health professionals’ perceptions of people with substance use disorder.

This study points towards the importance of how people with mental health or substance use disorders are portrayed since outcomes were more positive for those who read vignettes about successfully treated disorders.

This is consistent with research for other diseases such as HIV where stigma is reduced when the condition is viewed as treatable.

It’s important to point out that while portraying addiction as a “chronically relapsing brain disease” may help alleviate the burden of stigma related to personal culpability of having a substance use disorder, it is equally important to note that these conditions are treatable, and that the majority of individuals with substance use disorders recover and achieve full sustained remission. 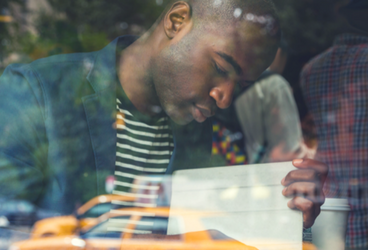